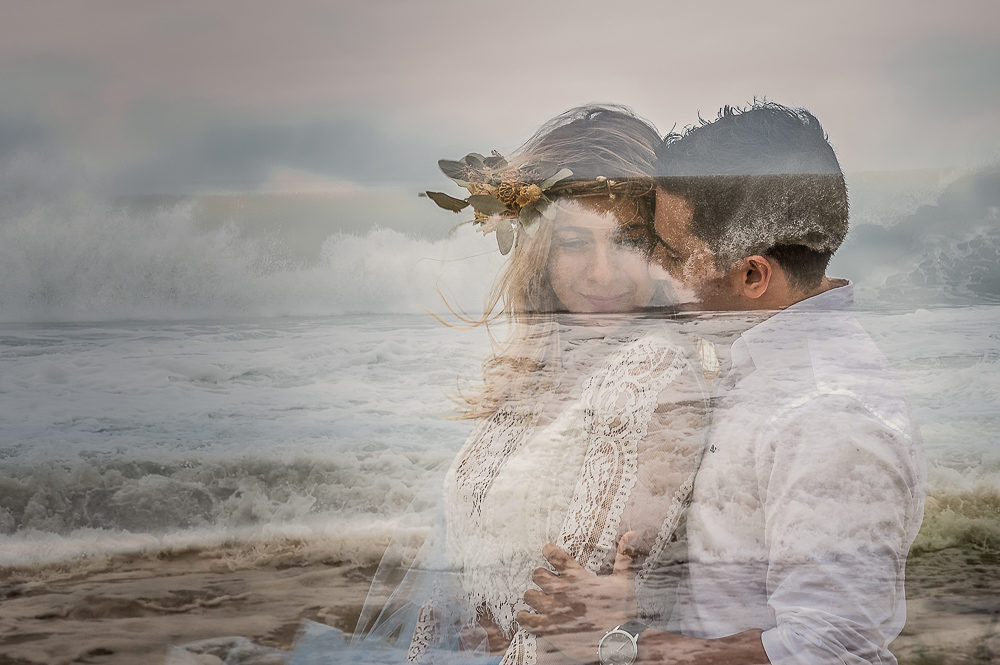 On a slightly stormy day in September, John and I were part of something very special. Tropical Storm Jose was hanging out at sea, far enough away to not be a major concern but close enough to whip up some pretty amazing wind and waves and produce an ominously gorgeous sky. But what was really beautiful was what was about to happen at Misquamicut Beach. Amy and Seth are a beautiful couple, inside and out. I met Amy because we are both wedding photographers in the same town. She is amazingly talented! Over the last couple of years, we have become great friends and she is a constant source of support and encouragement to me. I could not have been happier for her and Seth when they got engaged and decided to get married in Italy at the end of December. We made arrangements to do some portraits of them on the beach. This beach has been an important part of their lives together, and now even more so. Because not only were we going to take some portraits of them, we were going to be there to witness them exchange their wedding vows! As it turns out, getting married in Italy is a little complicated, so having a legal ceremony in the US just made sense. They could have a sweet ceremony in this very special place, with their parents and grandparents and a few of their closest friends, some of whom weren’t able to make the trip abroad. And while we weren’t able to make the trip, we were so honored and thrilled to be there on this special day!